Mom, I’m Still Learning How To Live Without You

I miss the way you challenged me, and always encouraged me to do my best. I miss the way you reassured me that everything would be okay, even when I felt like the world was falling apart. I even miss all of our silly arguments and disagreements, just because I would do anything to relive them so that I could be with you.
I miss you. It’s as simple and as grand as that. I miss seeing you every single day, and I miss loving you with every fiber of my being. I miss the time we spent together, and I miss the time that I thought I still had with you.
I miss you. And the missing you part never gets any easier. I feel as though I was robbed of a lifetime I thought we still had. I feel as though I was robbed of new memories and new stories. But all I have to hold onto are the memories we already made, the memories that we already formed.
I am very slowly learning how to live without you, and I am very slowly learning how to fit missing you into living.
I’ve learned that missing you doesn’t mean that I cry every day, or that I never smile or laugh. Missing you doesn’t mean that I’ve stopped trying to live, or stopped trying to do my best. But it does mean that sometimes I just don’t feel right. Sometimes I look at the day ahead and I just don’t feel good. Missing you means that sometimes I feel numb, and I don’t know why.
I try to reassure myself, by remembering how lucky I am to have lived our little infinity together, but then I become scared, as I realize that some parts of you are fading from my memory. I realize that it’s up to me to hold on to our time together. It’s up to me to use the time we had together to continue to live a beautiful life for the both of us.
Since you’ve been gone, a little part of me has stayed empty. And this emptiness still leaves me feeling unsettled and incomplete. A little part of me is still not sure how to live on my own in a world without you. And truth be told, I probably will never know how. But I will keep trying. I will keep trying to live in a way that radiates the love you had for me, and the love that I had for you.
So as simple and as vast as it is, I miss you. I miss you every single hour of every single day. And I will continue to miss you, day after day after day. I’m not sure if it will get easier, but I will keep going. I’m not sure if I will ever be okay, but I will try to be.
But I do know one thing, if missing you every single day is the price I pay for loving you, it is well worth it. 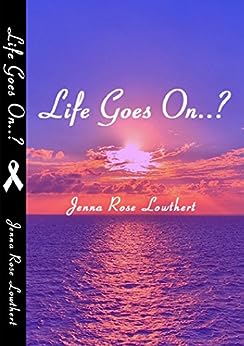 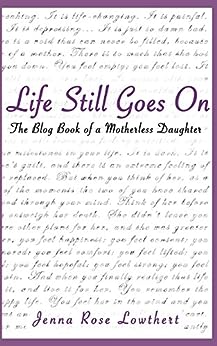 DAUGHTER OF AN ANGEL COLLECTION